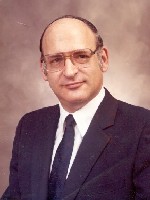 Mike Block, CPA owns BlockTax. He won first prize as the world's highest- ranking pre-release beta tester for QuickBooks 6 and 99. For 99 he had 412 points, compared to 215 for the #2 tester. Intuit no longer tracks test points, at Mike's suggestion (he felt his results discouraged other testers), though it later gave him more Top Tester awards. Mike began specializing in big tax cuts in 1968 and in QuickBooks in 1992. As QuickBooks Certified Professional Advisors, we provide QuickBooks help and data entry with this website, email, remote access and in person. Mike is a Certified Public Accountant in Florida and was a CPA in New York and New Jersey. He is best known as the primary author of the 1993-1994 No New Taxes Without Voter Approval and Revenue Limits tax-cut constitutional amendment petitions and the 1981-84 Citizens Choice on Government Revenue Florida's Proposition 13 petition. He helped qualify them for the ballot, partly with personal arguments before the Florida Supreme Court.the 1993 - 1994 No New Taxes Without Voter

Mike served as an elected Port Everglades Commissioner from 1982-84, keeping campaign promises to return his salary and never let a lobbyist so much as buy him lunch. His efforts to end government waste led to FBI and grand jury investigations and a referendum abolishing the Commission.

BlockTax is the fastest and easiest way to manage your small business, cut taxes and increase profits.